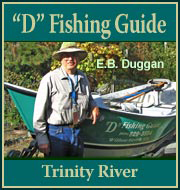 The PFMC meeting for March 24th at 7pm at the Red Lion Inn in Eureka has also been changed to a webinar type meeting. I am not sure how public input for this meeting is suppose to go but I am trying to find out. To date I am not having much luck. The meeting is for the abundance of Fall Chinook salmon to be in the Ocean to set the Quotas for all the fisheries. Usually this is where the In-River Sports Fishing can speak up for better fishing for the In-River Sports Fishing. Our share is usually around 12 to 17 percent of the overall abundance less the natural In-River spawning escapement. (Based on 40,700 Fall Run Chinook salmon)

Come the 2020 salmon fishing season this does not look good for sports fishing on the Klamath and Trinity Rivers. I have seen this happen in the late 1980s or early 1990s and it was not good for the river businesses. Several of them went out of business, some were lucky to sell, but no one made a success because of the low return of Chinook salmon. Even the steelhead fishing was bad, but the fishery was able to make a comeback due to the good spawning and the fish hatcheries had great production. In our particular case I don’t see a great recovery this coming salmon fishing season because of the restrictions that have been placed upon the fish hatcheries and the poor natural spawning due to some over fishing on the rivers.

Trinity River Hatchery: I haven’t received the hatchery report information this week. What I do know at this time is that the TRH will possibly make the egg quota for the spring run Chinook salmon, it will be a very close call for the fall run Chinook salmon egg quota and for the Coho salmon - steelhead it is possible that the hatchery will not make the egg quota for those species. On top of those problems the Trinity River is going to be very short on returning fish this year. What will happen to the runs for coming years? Will we have any salmon or steelhead to fish for the future?

Fishing: The Lower Trinity is still fishing slow as the season winds down and we prepare for the coming fishing seasons. In the Willow Creek area, it has been had to find fish except after one of our mini rain storms. We just had one go through yesterday with lightening and thunder so we could have a shout burst of good steelhead fishing. Other than that, it has been hard to locate the fish. Down in Hoopa the fishing has been a little better working the deep holes with roe or spinners. The Upper Trinity has been so so with spurts of good fishing but what guides that are still fishing the upper river have all switched over to rafts because of the low water. Right now, the Trinity is low and clear and one has to switch over to stealth fishing.

Mid-Klamath to Happy Camp: The Klamath at Weitchpec is flowing about 4,905cfs. I did hear from Bert Black of the Blackberry campground down at Klamath Glen. Bert was telling me that he and a couple of his friends went up to Johnson Riffle and were able to catch and release four adult steelhead with a number of jacks as well as some small steelhead. He didn’t tell me what he was using though. In our conversation he told me that some fishermen made the same run and was able to count 18 nets in the river from the 101 Bridge up to Johnson. I would suspect that these were subsistence fishing, at least I would sure hope so. The problem is the Klamath River Basin is hard hit to make its natural spawning escapement this year which will mean in two to three years there will be another short return.

Trinity Lake: The lake is 28ft below the overflow (a decrease of 1ft) and 82% of capacity (a decrease of 1%) and inflows of 602cfs and releasing 1,948cfs into Lewiston Lake with 1,647cfs being diverted to Whiskeytown Lake and on to Keswick Power Plant, which is releasing 4,565cfs into the Sacramento River.

Temperatures in the Valley last week had a high of 66 and a low of 34. Rain for the week was 0.10in with a water year to date of 33.37 inches, with snow in willow Creek of 1.45in. in the valley to date. Forecasts for next week are for temperatures in the highs of 69 and lows of 39 with some light rain and showers during the mid-week. We had thunder storm go through Saturday night and it light up the sky for us. But not enough rain to color the water.