Conserving Freshwater ﻿Biodiversity in the Anthropocene 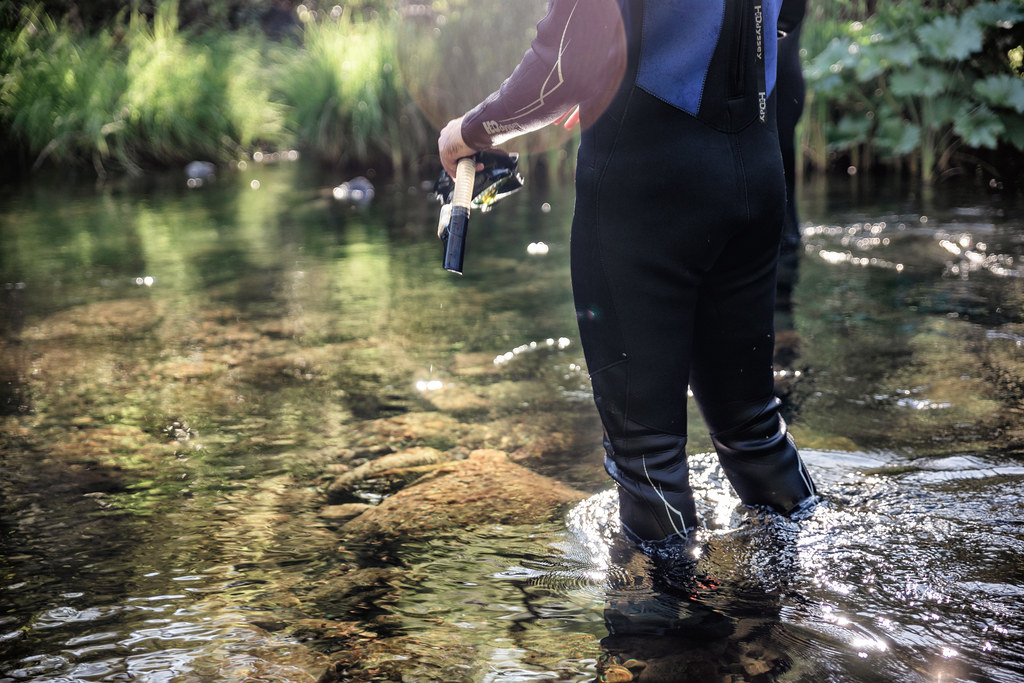 We are living in the Anthropocene. Scientists have classified the current geologic epoch based on overwhelming evidence that human influence is a dominating force affecting Earth’s key processes. The extent of the human reach is recognizable globally; however, in freshwater ecosystems, human impacts are particularly apparent. Extreme and visible alterations relating to soil erosion, chemical and nutrient pollution, the fragmentation of habitats through dams and diversion, land-use conversion, and assisting the expansion of harmful invasive species have led to significant declines in freshwater biodiversity. A special issue of the journal Aquatic Conservation published in 2019 details the greatest threats and key solutions involved in the conservation of freshwater systems and freshwater biodiversity, with an overview by Flitcroft et al. (2019).
Freshwater ecosystems occupy less than 1 percent of the Earth’s surface but amazingly contain as much as 12 percent of all identified species, including a third of all vertebrate species. Despite being historically vibrant and diverse locations, freshwater biodiversity is now being lost. The Freshwater Living Plant Index reports an 83% decline in monitored species between 1970 and 2014, which is greater than declines reported for terrestrial or marine species, indicating the particular vulnerability of freshwater spaces. These changes are a consequence of multiple pressures, including extensive water withdrawals from natural systems. Additionally, climate change, the fueling force of the Anthropocene, continues to place stress on numerous species because of changing temperature patterns. These shifting climate norms alter seasonal patterns of naturally available water, making it hard for species to adjust.
One challenge for freshwater ecosystem conservation is that fresh waters are embedded within a matrix of terrestrial habitats. Subsequently, actions on dry land ultimately have numerous impacts on aquatic systems. However, human actions are often spatially segregated from their consequences, making these relationships difficult to infer. The authors state that, currently, dams are one of the greatest threats to river flows, freshwater biodiversity and ecosystem processes and function. With international rates of dam construction currently exceeding those of dam removal, finding ways of constructing and operating dams in a less ecologically destructive way will be crucial for future freshwater processes.
Although many of the problems associated with this new geological age are immense and complex, there are solutions. Researchers emphasize the importance of optimizing green infrastructure and protecting water at its source to secure both water quantity and quality. Ensuring an environmental flow of adequate water in our rivers is crucial both for freshwater management and for the biological functioning of freshwater species. Improving the quality of water at its source rather than treating it later will also inevitably bring benefits for many ecosystems that depend on freshwater. Protecting freshwater habitats to conserve fish has also shown to be an effective strategy, such as in Eastern Ontario, where researchers are seeing increases in fish abundance, biomass, and diversity thanks to freshwater protected areas (Zolderdo et al. 2019). Although there are more areas that need to be protected than can be managed, conservation actions in one area may make conversation elsewhere more effective. Therefore, identifying specific locations and species that are particularly vulnerable or endangered will be beneficial for expanding the effectiveness of conservation. In particular, wetlands are extremely biodiverse ecosystems in need of protection that provide a multitude of services, including maintaining surface water flow during drought and improving water quality.
The threats facing freshwater species are anticipated to become more severe as we strive to balance rising human consumption with conservation of diverse and increasingly delicate habitats. Globally, human consumption of freshwater is anticipated to exceed the current supply by 40 percent by 2030. Finding optimal ways to meet the growing human need for freshwater while ensuring that freshwater ecosystems remain functional will be crucial as we progress further into the Anthropocene. Solutions such as protecting water sources for human needs have the potential to also benefit freshwater ecosystems. Despite the broad context of freshwater management, several high priorities include conservation, water planning, tool development, and the protection of species and habitats. It will be important for whole countries to address these priorities in order to work towards achieving international goals and targets for freshwater conservation.
This story was written by Jade Godbehere for an internship with FISHBIO through the UC Santa Cruz Environmental Studies Department.