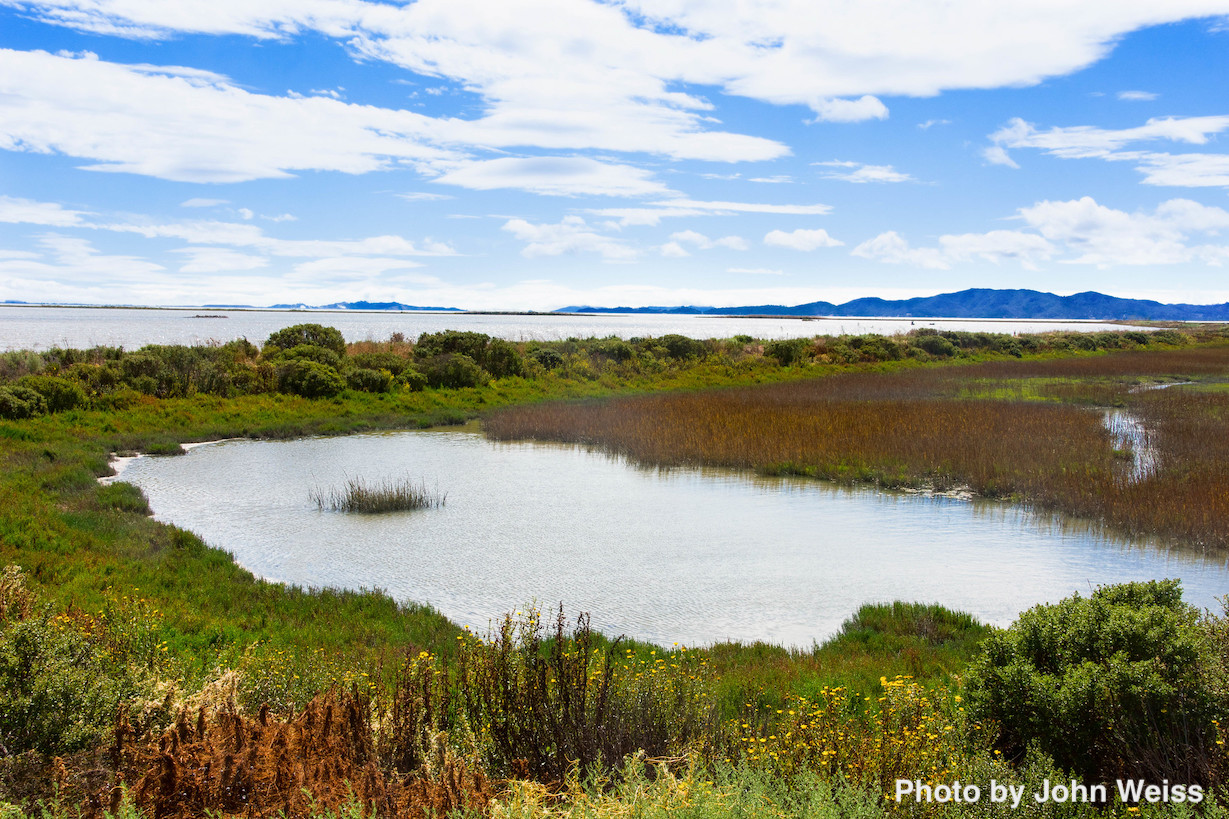 The San Francisco Estuary covers a large swath of California, encompassing the Bay Area and Sacramento-San Joaquin Delta. The Estuary’s varied landscapes and habitat types are as diverse as the people and communities that surround it. Situated in the heart of California’s agricultural, economic, urban, industrial, and water management hubs, these landscapes play important ecological roles for wildlife, human health, and geophysical processes. However, a recent report by the San Francisco Estuary Partnership reveals the great impact that past and current human activities have had on the Estuary, and highlight the risks to its vital qualities, while also offering new health metrics for coping with threats like sea level rise.
The San Francisco Estuary Partnership brings together numerous technical groups, government agencies, and stakeholders to manage habitat restoration, water quality, and climate resiliency projects on a watershed scale. They also hold conferences, promote stewardship, and publish reports, such as assessing progress toward achieving their goals in periodic analyses called the State of the Estuary Report. These reports use data compiled from several sources to compare the current state of the Bay and Delta to baseline reference points for various health indicators, including freshwater flows, tidal marsh habitat, fish trends, beneficial floods, and urban water use. The newest report issued in October 2019 focuses on recent developments in estuary health and introduces three emerging indicators of estuarine resilience: subsided lands, shore resilience, and urban green space.
The results from the latest State of the Estuary Report depict declines in most indicators of ecosystem health throughout the Bay and Delta, with slight improvement in a few areas. Urban water use has improved throughout the Estuary, but new water reuse methods should be implemented to offset population growth, drought, and diversions. The Estuary scored poorly on freshwater inflows because of “artificial drought” conditions that reduce seasonal variation and spring inflow, especially in the San Joaquin River and during dry years. The percent of unimpaired flow into the Delta has not changed significantly in the past 80 years, but the amount of diversions has increased. While successful tidal marsh restorations have increased across the Estuary and especially the Bay, marsh restorations for heavily-diked areas of the Delta are currently at less than half the acreage goal.
Open-water fish populations have been declining over a 38-year period in the Bay, with the most impact in Suisun Bay. Trends show that the native fish communities in South, Central, and San Pablo bays are stable or improving. In the Upper Estuary and Delta, no comprehensive programs exist that sample for all fish health indices across the entire area, but an estimate can be made for each area from existing long-term surveys conducted by the California Department of Fish and Wildlife. In this region, Suisun Marsh is the only area that shows any improvement in percent of native fish. Native fish indices (abundance and percent native species) are in fair to very poor condition, and show trends that are either stable or declining across the areas of Delta beaches, Delta and Suisun Bay, and Suisun Marsh.
This overall poor health report is not entirely surprising, considering that the Estuary was inherited by current citizens and resource managers in a highly altered state. Furthermore, restoration requires great investment, cooperation, and participation by many stakeholders. Stresses on the Estuary are piling up, and we can forsee a time when restoration will no longer be able to keep up with degradation – which some scientists say is fast approaching. However, the State of the Estuary report offers new methods for measuring health which can provide additional tools to address such challenges. Creating more urban green space would benefit both the Estuary and its communities, reversing subsidence would protect from floods, and resilient shorelines are less expensive than repairing damage to infrastructure. Healthy ecosystems are not just a luxury for affluent districts, but may soon become a remunerative necessity for communities everywhere.