Fierce Weather on the Yuba 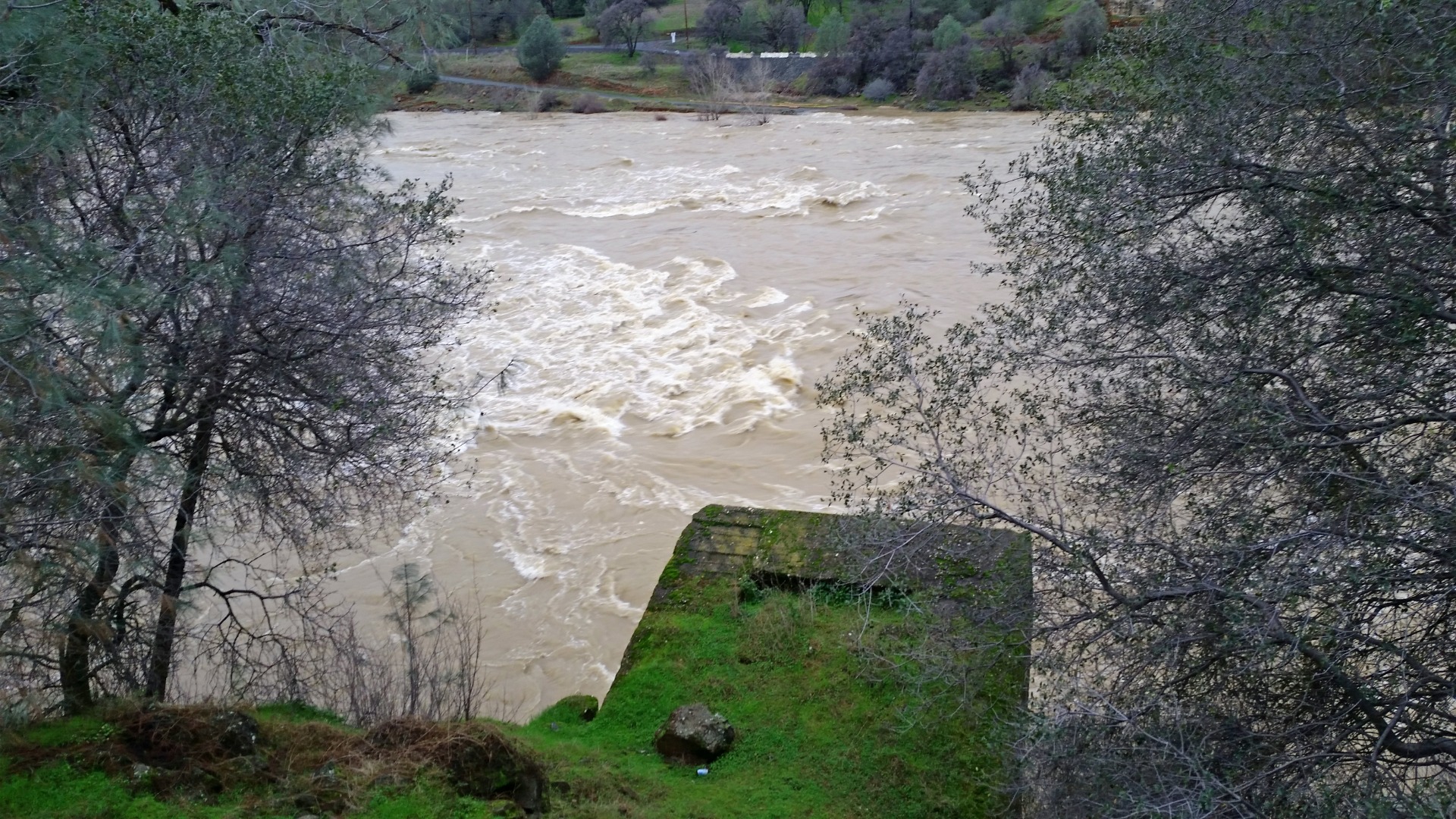 The Lower Yuba River quickly rose to 21,819 cfs from rain falling on top of the Sierra snow pack. Photo by Jon Baiocchi

What a series of storms! That was impressive to say the least. My new home above Nevada City is at the 3,100 foot elevation so we saw a little more snow than down below. But that didn't really matter since the storm warmed up with a sub-tropical Atmospheric River that provided rain on top of the snow creating more flooding issues. I was really nervous with the big winds that moved through the region, it sounded like a nonstop freight train was circling my house. Conifers were being flexed beyond capacity, and many of them came down including three over North Bloomfield Road taking out power lines and utility poles - It was a mess! Temps dropped again and the snow returned, in fact as I write this on Sunday afternoon, it is still snowing.

As you can see in the picture above, we have a really good snow pack that bodes well for the warmer months ahead. Records have been broken for February and the month is far from over. The forecast for the next week calls for a few days of sunshine/partly cloudy skies, then a small system dropping down from the north for Wednesday into Thursday and colder than normal temperatures. We call the forecast beyond 10 days the fantasy range because the forecast models lose so much accuracy that far out. It still appears that we could see a brief period of high-pressure building in over the West Coast during the week of the 25th bringing a drier and milder pattern. I for one am hoping for a brief dry spell.

Well, the Lower Yuba River got up to 21,819 cubes at its peak, and Englebright dam was spilling over at its max of 105% of capacity. Flows have come way down and are now at 3,970 cfs, and Englebright is still spilling at 101% of capacity. I have not been down to the river in over a week so I have no idea how the clarity of the water is. I do know before the storm the water had about 2-3 feet of visibility and my friends were catching a few fish nymphing with dirt snakes and stones. With big water events the water within Englebright will be saturated with suspended silt and sometimes it can takes weeks for it to clear, even though the flows have come down. I'll be heading down there in the coming week to keep tabs on the current conditions and will provide some pictures on my FB page.

The biggest fly fishing show in California takes place this coming February 22nd through the 24th at the Alameda County Fairgrounds. If you have never been to this event, it is a must for the fly angler looking to increase their knowledge and awareness. Manufacturers will be there showcasing their latest soft and hard goods, along with celebrities, legends of the sport, speakers, master fly tiers, guides, casting demonstrations, and clinics. I will be working in the Truckee Guide Network booth, # E-11, alongside Da Dean of Guides, Frank Pisciotta. Stop on by and shoot the breeze, or learn about the fantastic opportunities like the Native Sons Truckee Tours for 2019. For more information on the Pleasanton Fly Fishing Show click here.