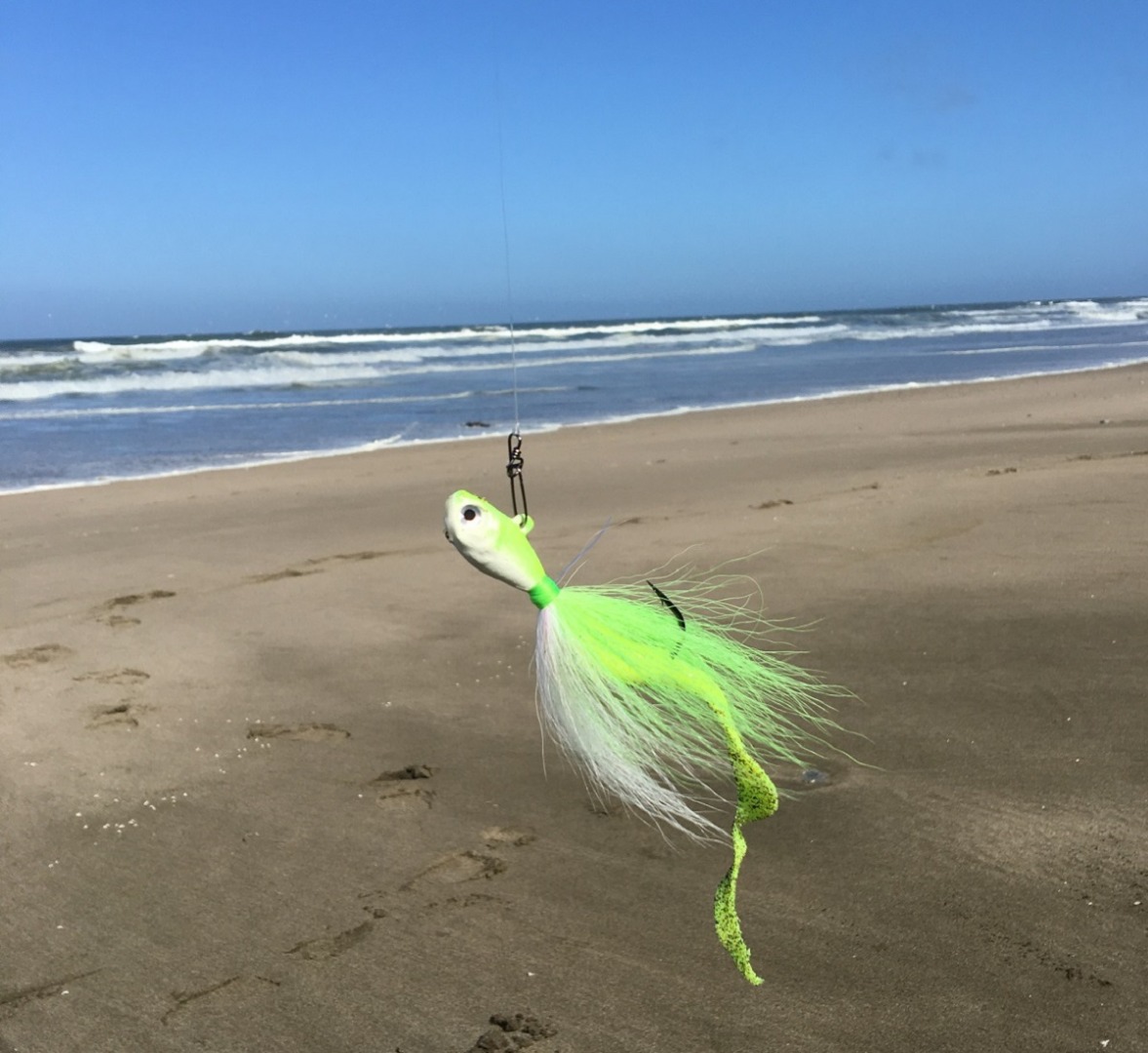 I had fished the same stretch of beach twice already over the past six days and yet I return a third time.  I’m not at Ocean Beach, my usual haunt, but 5-10 miles south, somewhere along the San Mateo County coastline. Dozens of boats are being regularly seen offshore around here--most, if not all, are trying to catch salmon (zoom in on the first photograph).  I, however, was in search of striped bass (a.k.a., striper) and while there have been more than a few stripers pulled up in San Francisco County over the past month (but not as many some would hope), I wanted to explore and really get to know some new beaches.

This particular beach is fairly hard to access and, therefore, isn’t very crowded--either by dog walkers, sunbathers, or surf fishermen.  That’s fine by me as I like to work without a lot of eyes on me anyway. My first of three recent visits netted me a five second striper bite that failed to result in an actual hookup.  I think I may have pulled up too hard on the fish and yanked the hook out of the lip I’ll never know for sure, but at least found out conclusively that stripers were lurking in these waters.

I returned to the same beach and location a second time just four days later.  I had armed myself with four new bucktails, two mickeys (one powdered up in chartreuse) and a trusty Kastmaster. This time, while I didn’t get a striper bite, I did start snagging anchovies that were swimming en masse just in front of me.  Massive amounts of anchovy bait fish were in the water and I kept throwing my 1.5 oz. bucktail into the fray. I waited for a nice strike, but only felt tiny vibrations on the jig.  Upon reeling it back in, there would be an anchovy hooked in its midsection. Exciting, but ultimately unfulfilling. I eventually caught a 12” barred surf perch, so it wasn’t all bad.

Two days later I return again to the same beach to hopefully put it all together.  I had started to get a feel for where the underwater structure was and where to cast around it. Or I was just plain lucky. Either way, I hooked up with a striper just 25 minutes into the session.  I was careful this time to let the fish load itself on to the bucktail and I steadily raised my bent rod’s tip up to the sky.  It was a combination of keeping the line taut, letting the fish tire himself out, and allowing the waves to do some of the work in bringing the fish onto the sand.

I knew by feel that it wasn’t going to be a big striper emerging from the white froth, but it wasn’t going to be a sizable two-pound perch, either.  This striper measured 23” inches (legal size is 18” here in California) and was none too happy about mistaking my bucktail jig with chartreuse trailer for tasty food.  And the poor guy would not lay still for a simple photograph and instead sand-battered himself in a last-ditch attempt at creating some camouflage.

Well, that was easy, so I thought.  One of the first things I was told to do after catching a striper was to go right back into the surf and catch another one because the smaller ones run in schools.  What I normally do instead is pack right up and head home and alert the in-laws that a fish dinner is on its way. This time, however, I stayed and thought, “well if there are stripers out there right now, I would be losing out on some good practice if I left now.”

So I put Striper #1 in the bag and in some shade and jogged out to my previous position in the surf.  Wow, 20 minutes later and another hook-up! Striper #2 didn’t get officially measured, but was perhaps an inch or two shorter than the first.  Both were plump, though, and I couldn’t wait to see what Striper #1 had been feasting on by checking its stomach contents later at home. That’s right:  Striper #2 was pardoned and released back to whence it came. My in-laws and I don’t need two stripers at any given time--just one will do.

With two stripers landed in less than half an hour, I thought I’d call it a day earlier than normal (usually I fish for a six-hour session).  I cast and retrieved for about another hour, but the waves started looking messier and that picture perfect spot where I caught the two stripers had disappeared into a washing machine of agitated whitewater.  As I’m packing up and about ready to head back up to where my car was parked (about a 30 minute walk up the hill and the equivalent of walking 40 floors according to my fitness app), I noticed some discarded plastic bags and a small car tire.  I thought “I’ll grab the trash, but that tire might be a bit much.” I picked up the tire and maybe it was because of the adrenaline still left in my body from landing the two stripers, but it felt light enough to carry. Fine, I’m thankful for the striper that I was carrying in one hand and I’ll pay back the beach by taking this tire home with me (later to be recycled).

This year Independence Day lands mid-week on a Wednesday.  For those of us who work, Wednesday will probably be more about BBQing with the family than taking all day to go fishing. I’m grateful I landed a couple of stripers the previous weekend and can now hold out for a while until that urge to hit the sand becomes too big to ignore.  Until then, Happy 4th of July to our country and to you and your family. May the freedoms we enjoy as Americans bring joy to ourselves and to others.

Finally, it wouldn’t be a Jerry Back article if there wasn’t at least one food pic at the end. My in-law’s are very good chefs and I’ve yet to enjoy striper cooked the same way twice because of them. Probably not the dish I was expecting, but striper with fried bean curd (i.e., tofu) along with chopped green onion and mushrooms is definitely not going to be found in your typical fish and chips establishment! Postcard perfect weather and no one around
Photo Credit: Jerry Back The second striper poised rather nicely
Photo Credit: Jerry Back

Trash to be carried off the beach
Photo Credit: Jerry Back The first striper after washing the sand off
Photo Credit: Jerry Back