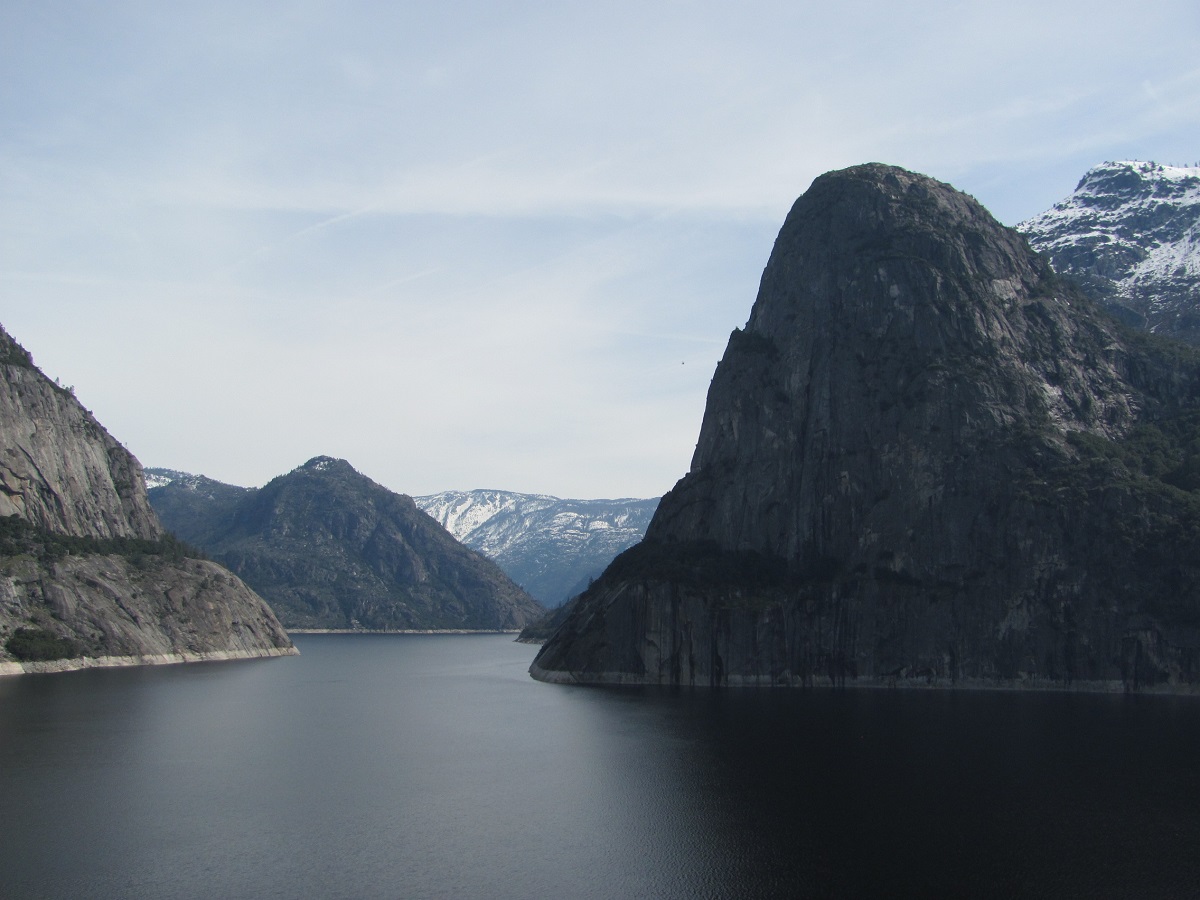 Please join me on a trip to the Hetch Hetchy region of Yosemite.
Photo Credit: Phil Akers

According to visitation statistics from the National Park Service, a record five million people experienced Yosemite last year. Of these visitors, nearly 75% opt for the fair-weather months – many to see the majestic waterfalls – and most don’t venture outside of Yosemite Valley. Breaking things down, only 3% of all Yosemite visitors make the trip during the months of December thru February. Drilling down even further, visitors to Hetch Hetchy (in the northwest corner of the park) account for less than one percent…and only a tiny fraction of these folks are anglers. The point here; Hetch Hetchy receives very little fishing pressure.

The history of Hetch Hetchy is complex, including the name. Of Native American origin, the most popular theory is Hetch Hetchy was derived from the Indian word “hatch hatchie” meaning “eatable seeds and grasses.” The name is also believed to mean “valley of the two trees” and there’s yet another theory the name mimics the call of a native bird, making the sound “hatch-hatch-hatchie.” Choose the theory you most like. One thing is certain, for locals, Hetch Hetchy is a project, the lake is called O’Shaughnessy.

The grandest natural features of this area all carry names of Native American origin. The Tuolumne River, Kolana Rock on the south shore, and both Wapama and Tueeulala waterfalls that tumble into the lake on the north shore, are all Indian names. Long before the white man arrived in 1850, this was disputed territory between the Mono Lake Paiute and Sierra Miwok Indians. But the largest manmade feature here – the O’Shaughnessy dam – is named after the lead engineer of what is now the Hetch Hetchy Regional Water System, the primary source of drinking water for San Francisco which is 160 miles to the west.

Because Hetch Hetchy is a source of public drinking water, no boats are allowed and human contact is prohibited. This water is pure, and San Francisco is exempt from filtering this water prior to human consumption. It sure would be nice to deploy a float tube, kayak, or boat, but we can only dream.

Before the dam, the Tuolumne River flowed freely through this magnificent valley. While many claim this was a sister to Yosemite Valley, it was actually much smaller, less dramatic, lower elevation with a much different micro-climate, swampy, and it was mosquito and rattlesnake infested. Rattlesnakes are still prevalent, especially upstream of Hetch Hetchy to Pate Valley. Depending on the time of year you visit Hetch Hetchy, and assuming you venture past the parking lot and dam, high chances are you will encounter at least one rattlesnake each day.

It’s uncertain how far up the Tuolumne River the native salmon and steelhead migrated. Despite some downstream natural barriers such as Preston Falls, it’s largely believed native trout and salmon were present in the Hetch Hetchy valley prior to the construction of the dam. Because this area has not been planted since 1980, all trout caught today are wild and self-sustaining. And they very much behave like wild trout – belligerent when hooked – especially the rainbows which provide impressive aerial acrobatics and tail-walks.

Thinking about going?
You can drive all the way to the lake. There’s plenty of parking at the dam and around the compound. There are no amenities here. No public lodging. No gas stations or general stores. No pizza shacks or snack bars. A major trailhead, there’s a walk-in camp available for backpackers only, one night before and one night after a wilderness trip. You must be in possession of a valid wilderness permit to stay in the camp. A Ranger will check you for a wilderness permit.

Pooch is not allowed on the trails here or anywhere in the Yosemite wilderness. Pooch is only allowed in the designated car campgrounds and paved trails in the more domestic areas of the park, like Yosemite Valley.

Although open all year, it’s important to check the seasonal Hetch Hetchy hours. A gate is closed at night. Right now, the Hetch Hetchy region of Yosemite is on winter hours of 8 a.m. to 5 p.m. But the entrance is free during these restricted, off-season hours, and the fishing is much better in winter. Be sure to leave yourself plenty of time to make it back to Mather Camp before the gate closes. There’s no better way to tick off the Ranger than to not make it out before they close the gate.

Directions
Traveling east on Highway 120, turn left on Evergreen Road which is one mile west of the Yosemite Big Oak Flat Entrance Station. Follow Evergreen Road 7.5 miles until it ends at Hetch Hetchy Road at Camp Mather. Turn right and travel 9 miles to the dam. Vehicles exceeding 25’ in length are prohibited on this last section of road from Camp Mather. This road follows the old Hetch Hetchy railroad grade. It’s a very narrow road. No public transportation is available into the Hetch Hetchy region of Yosemite.

Permits
A valid wilderness permit is required for overnight stays in the wilderness or at the walk-in backpacker camp. A permit is not required for day use or day hikes in the area. There's a permit station near the Big Oak Flat Entrance Station. Or contact:

Now go!
Looking for your next ticket outta town? This small piece merely scratches the surface of an incredibly great fishery. But it is becoming increasingly more saturated with wild brown trout. I encourage you to take a limit of browns home. The headwater of Hetch Hetchy is known as The Grand Canyon of the Tuolumne. Of all Sierra canyons, the Tuolumne is arguably the most inhospitable. Infested with rattlesnakes and nuisance bears, the canyon walls plunge more than 5000 feet in a distance less than two miles. This is deeper than the Merced River canyon and Yosemite Valley…and much wilder. Sounds fun huh? If you chase large wild trout there’s going to be some sacrifice. Plan well, be safe, and indulge yourself in the lesser visited Yosemite. Explore Hetch Hetchy. It is advantageous to imitate the resident baitfish – roach. Introduced from Europe, they are best identified by their big red eyes…when alive. One of my fish puked up this one.
Photo Credit: Phil Akers

I cherish the rainbows here. They’re much better sport than the browns. Simply hanging on for the ride, this wild rainbow launched 4’ out of the water and I’ll never forget the tail slaps. While fighting these fish, you forget to breathe.
Photo Credit: Phil Akers Wapama Falls cascades 1,080 feet into the lake. It can be reached by walking across the dam, through the tunnel, and continuing on a trail that traverses on the north side of the lake. A five-mile round-trip hike, this is an ideal place to fish.
Photo Credit: Phil Akers It doesn’t look like it but Tueeulala Falls tumbles 880 feet to the trail below. Everything in Yosemite is much larger than it appears. It’s also hard to judge distance here.
Photo Credit: Phil Akers This brown trout has chomped on a few roach. I’m unsure if the brown trout are descents of von Behr (German Brown), Loch Leven (Scotch Trout), or both. Both strains are listed as being introduced way back in the day, and hatcheries are on record of rearing both. Though some are more colorful than others, biologists say the trout are likely a mix.
Photo Credit: Phil Akers