Much-Improved Conditions Ahead for Steelhead Anglers 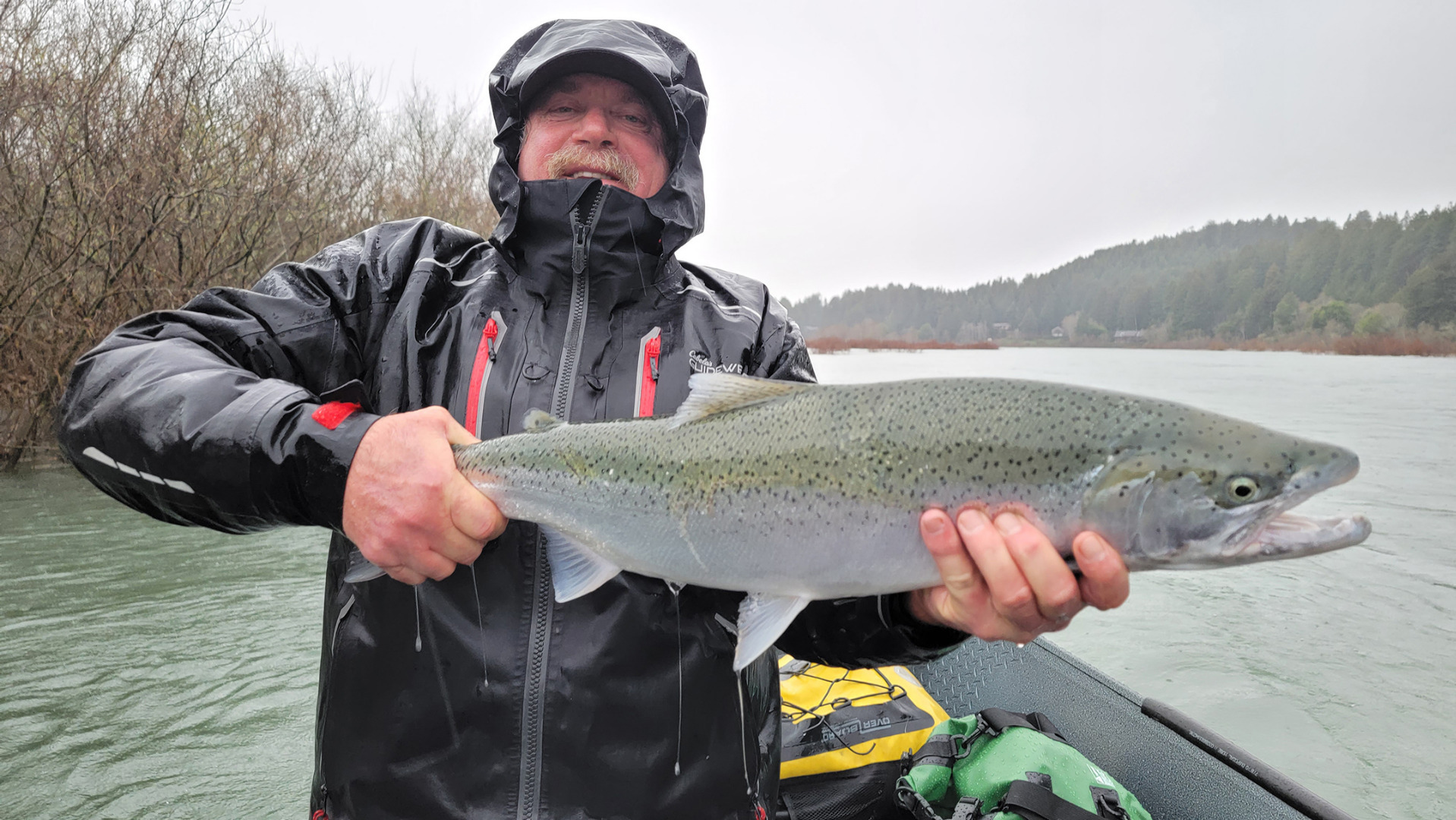 There is light at the end of the tunnel, finally. After watching high, brown water flow down our local rivers for nearly a month, green water is finally within reach. Following the rain that fell Wednesday, we’re looking a stretch of dry weather that could last for 10 days, or more. And that means one thing – emerald green steelhead water. The Smith has been green for a while, and has been fishing off and on for a week. Conditions should finally stabilize and we should see the catch rates improve. The Chetco hasn’t been driftable in weeks, but that should change by the weekend. Plunkers have been catching a decent number of steelhead, and now it’s the boats turn. The South Fork Eel will be next in line and should be fishable by sometime mid next week. The Mad and Van Duzen rivers will likely round into shape by late next week. The main stem of the Eel River will be the last to turn green. It won’t likely fish until the last week of January. If you’re looking to try and catch a winter steelhead, you’ll have plenty of options coming soon.

The Rivers
Mad
The Mad is still high and off color, running at 10.9 feet as of Thursday. With no rain in the forecast for the next 10 days, it should continue to drop. It could be at a fishable height and color by late next week. Despite the conditions, a few fish are being caught. The river fishes best between 7 and 8 feet.

Main stem Eel
The main stem is dropping fairly quickly. After topping 111,000 cfs Sunday at Scotia, flows were down to 26,000 cfs by Thursday. It’s predicted to be below 13,000 cfs by Monday, but will need close to another couple weeks of dry weather before it’s green.

South Fork Eel
The South Fork in the Leggett area has started to turn green as of Tuesday. The Benbow area and below remain off color, but that should change soon. Flows are predicted to be near 2,000 cfs by Tuesday. It should start to fish by mid next week.

Van Duzen
The Van Duzen was running at 1,500 cfs Wednesday afternoon, but shot back up to 2,240 cfs by the evening. From there, it will be on the drop for at least the next 10 days. Predicted to be below 600 cfs by Tuesday. Could drop into fishable shape late next week.

Smith River
The Smith dipped below 11 feet (7,500 cfs) on the Jed Smith gauge Thursday and is predicted to drop through the weekend. With no rain on the horizon, it will be in great shape this weekend before conditions get tougher next week. Just a handful of boats were out the last few days and scores ranged from zero to two per boat. Boat pressure should lighten up by the weekend as boats will be headed to the Chetco.

Chetco/Rogue/Elk
After weeks of high water, the Chetco is finally dropping into shape, with prime conditions expected this weekend reports Andy Martin of Wild Rivers Fishing “Plunkers have been catching steelhead, and good fishing is generally the norm in mid-January,” said Martin. “Hatchery fish will likely be stacked up in the lower river, while wild fish will be spread throughout the system. Flowers crested at 22,000 cfs and will be below 4,000 cfs by Saturday evening. Boats anchoring with plugs have been catching steelhead on the lower Rogue. Prime flows are expected by the weekend. Most guides use 3.5 MagLips. The Elk also will be in prime shape this weekend.

Brookings ocean update
According to Martin, ocean anglers will get a rare January window to fish on Friday, with small swells and light winds expected out of Brookings. “Larger swells return for the weekend. Lingcod and rockfish is open year round in Oregon.”