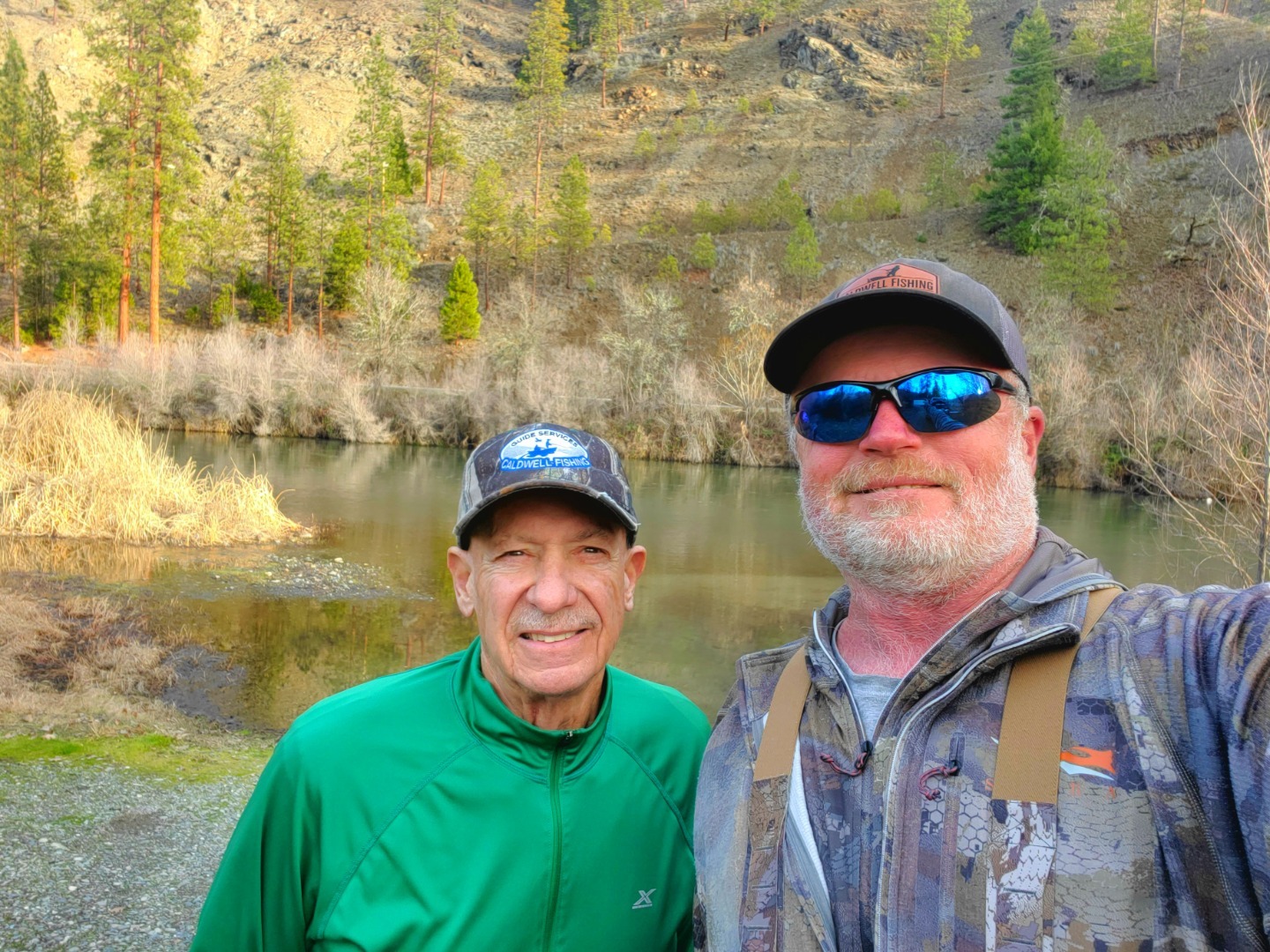 Another fantastic fishing adventure with Al on the Klamath river.

Fishing with Al on the Klamath is like a broken record, he just catches great fish over an over an over. Al had double digit days Monday and Tuesday this week. Both days he caught an released 8 adult steelies. Most of these fish were caught while fishing under the indicator or bobber if you like, I like both haha, but he did catch a couple while backtrolling maglips lathered with Pro-Cure Carpspit.

Winter and Klamath Steelhead are both in full swing. We have seen all types of Winter weather mostly the cold, rainy, snowy type, but we have had some blue bird Winter days as well.  Common temperatures have been between 20 to 45 degrees with some higher an lower temps. If your a fair weather fisherman this is not for you, although I do have a heater in the boat, conditions can still be pretty rough but the fish are worth it.

This is the time of year where we see the biggest Steelhead the Klamath has to offer. We often catch fish between 1 and 8 pounds, ranging in length between 16 and 26 inches. The biggest so far has been 27 inches and 8.5 pounds, in my boat. We have lost 4 potential 10 pound fish since October. These fish are a blast to catch an release (you can keep hatchery fish, but they are rare) on cast, fly or spin gear. I have it all so pick your poison.

I will be at the Cal Expo Sportsmans show in Sacramento next week starting Thursday 20th, an ending on Sunday 23rd. I be in booth 2111 building C for my 15th year now. Come see me and lets put a trip together for 2022.

I am booking trips on McCloud Shasta and Siskiyou Lakes. Check out my past fishing reports and you will see the quality of fish these lakes provide.