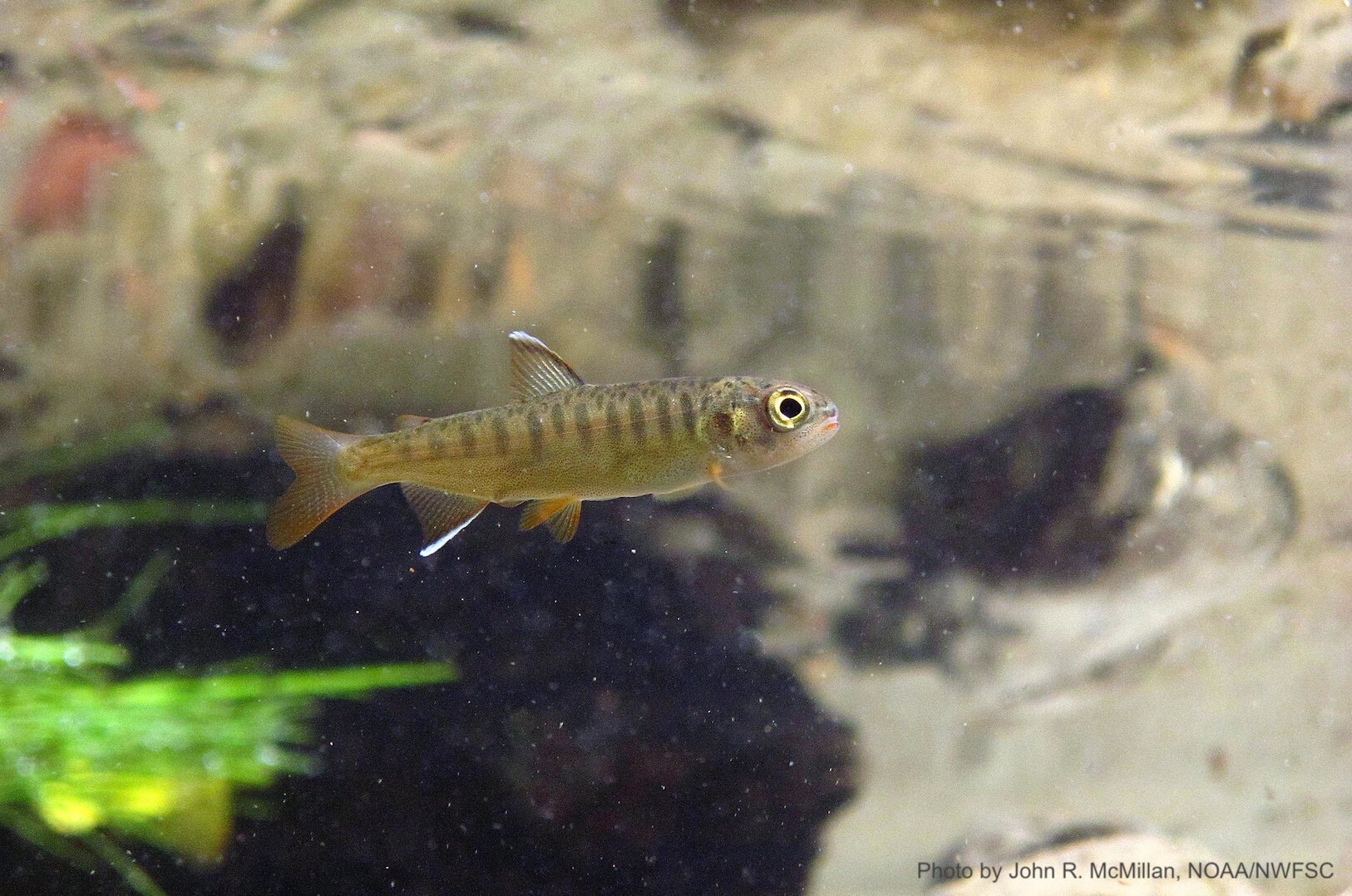 Dry summers are a hallmark of Mediterranean climates, and animals in such regions have adapted to tolerate and even take advantage of this seasonal pattern. However, from California to South Africa to Australia, climate change is leading to more frequent drought in these already dry areas. Although climatological data make it possible to predict changing patterns in drought occurrence, predicting the resulting impacts on aquatic species is far more difficult. This is partly because not all habitats are affected by drought in the same way. Complicating things further, withdrawing river water for human use can change former fish refuges into ecological traps by causing them to dry more rapidly than they would have under historic conditions. Understanding these factors is especially important for conserving sensitive species inhabiting intermittent streams that sometimes dry up, such as endangered Central California Coast Coho salmon (Oncorhynchus kisutch). Recent dry years in California provided scientists with the California Sea Grant Russian River Salmon and Steelhead Monitoring Program a unique opportunity to evaluate the over-summer survival of juvenile Coho during periods of extended drought. Their recent publication describes a seven-year study of juvenile Coho salmon in tributaries of the Russian River, which revealed that certain habitats have remarkable resilience to drought (Vander Vorste et al. 2020).

Migrating many miles to lay eggs in streams that dry up over the summer may seem like a bad strategy for a fish. But evolution doesn’t allow bad strategies to persist, and this life-history actually provides young Coho with better growth opportunities than they would have in larger streams that remain wet year round. During periods of low flow, pools that retain water serve as essential rearing habitat. It is these refuge pools that can become ecological traps if human water withdrawals cause them to dry before fish have the opportunity to relocate to better habitat. To better understand patterns in juvenile Coho across variable habitats, scientists released nearly 20,000 hatchery-reared Coho implanted with passive integrated transponder (PIT) tags between 2011 and 2017 and used mobile and stationary antennas to detect these tags each summer. Based on PIT tag detection data, Coho survival rates in different habitats were compared between drought years (2012–2016) and non-drought years (2011 and 2017). The researchers evaluated survival at individual pools and distinguished between those that served as drought refuges and those that acted as ecological traps. They also collected data on the dimensions of pools and other environmental factors.

Although the overall mean survival of the tagged juvenile Coho in pools was similar between non-drought (53%) and drought years (49%), survival estimates varied significantly by individual pool. In fact, nearly half (47%) of all pools were identified as effective refuges from drought conditions. The remaining pools (53% of those assessed) acted as ecological traps, meaning the survival of Coho in them during drought years was lower than the system-wide average during non-drought years. Modeling revealed that the number of days that pools were disconnected from surrounding habitats had the greatest negative influence on survival, whereas higher minimum pool volume was shown to have a positive effect.

Fragmentation is a major factor influencing the impact of drought on animals, particularly those in streams, as inhabitants of a pool are unable to relocate if that pool has become disconnected from the rest of the stream. Where water withdrawals cause rapid drying, ecological cues that fish use to select habitats may no longer guide them to good refuges. However, the fact that survival in almost half of the pools surveyed in this study was similar in both drought and non-drought years demonstrates that these pools serve as important refuges. Notably, survival in pools differed significantly across locations and times, suggesting that predicting the impact of increasing droughts will remain a significant challenge. Inexpensive citizen science approaches, such as mapping wet and dry sections of streams, may help provide information on patterns of habitat fragmentation in different watersheds, which can improve planning for species recovery efforts.