Opening Day Crabs Up for Grabs 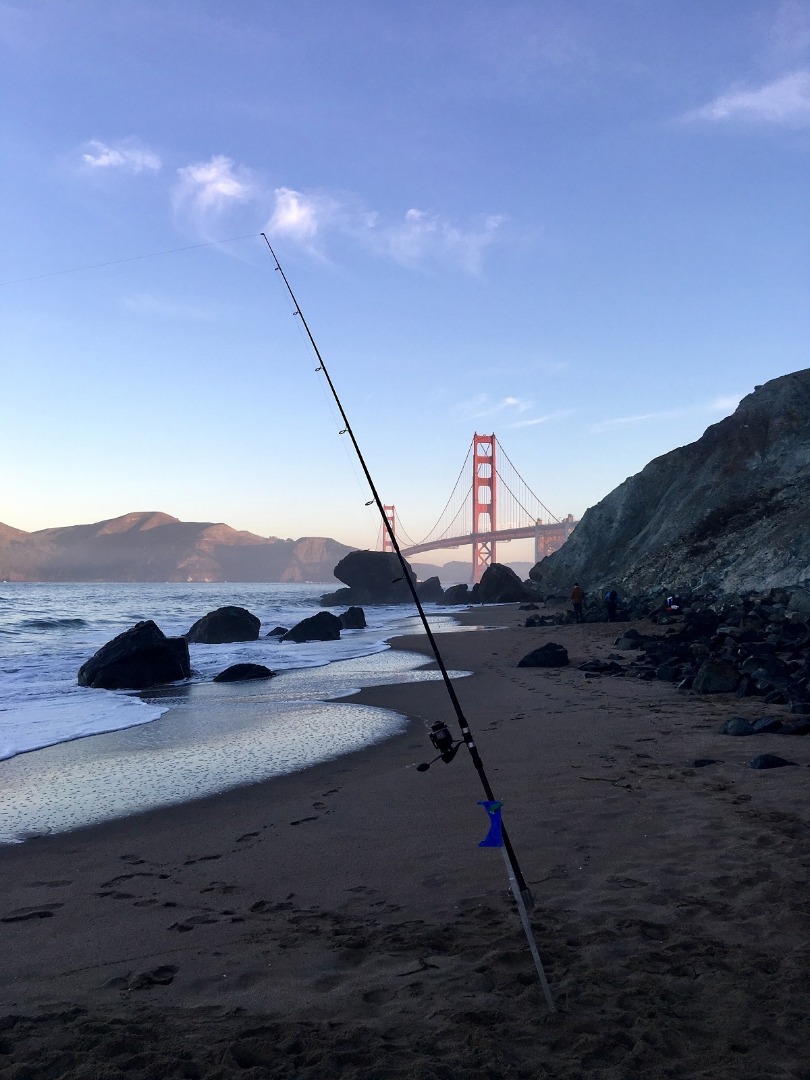 For California recreational crab fishermen and fisherwomen, the first Saturday in November is the day we’ve long been waiting for.  For weeks, we have been replacing worn out snare loops, changing out fishing line, buying or making our own crab snares all in an effort to be ready for opening day of the recreational Dungeness crab season (which officially began at midnight, last Saturday, November 3rd).

For me, preparation mostly means telling my wife a month ahead of time that I won’t be around that Saturday opening day morning.  The actual preparation mostly means changing out all of the loops on my crab snares. I use 80 lbs. monofilament line and 1.2 mm aluminum sleeves to crimp new loops into place using a channel lock wrench.  Your crab snare cage can last for years if you wash the saltwater off after each use, but the loops can quickly lose their shape (and effectiveness) after one or two outings. Don’t hit the beach without fresh, springy loops!

With opening day beginning at midnight and low tide reaching the very bottom at 1:45 AM, I figured I would have to be getting up very early.  I always prefer crab snaring an incoming tide. Crab tend to like to ride the tide closer to the shoreline for the various nutrients found in the wash and are more likely to hunker down during a strong, outgoing tide.  High tide would be around 8:30 AM that morning. I didn’t want to show up at 6 AM with everyone else and just have an hour or two of incoming tide to fish. So, I knew I’d want to hit a beach extremely early under the cloak of darkness, ninja-style.

Walking down a lonely trail all by yourself in the dead of night is probably not the best idea.  Have a fishing buddy is good advice. Mine wasn’t able to make it that early (gee, I wonder why), so I went solo, as I’ve done before in similar situations.  My only irrational fear was being pounced on by a wayward mountain lion. They’re very rare in San Francisco, but we did have a few sightings the same time last year in the area where I was, so it wasn’t completely implausible.  Ain’t no one gonna hear me scream, so, yeah, next time I’m going to bring a buddy.

Last year’s opening day was the same scenario--low tide was in early morning and by the time the sun rose up and I could look a bit around, I realized that I had been fishing for a few hours with a stranger sleeping on the beach just about 20 feet away behind me.  He woke up around 6 AM, paid me no mind, and trudged off down the beach leaving me to catch the remainder of my 14 “all too short” crabs for that day. Well, that was last year’s disappointing opening day and this year turned out to be a lot more productive!

There was slightly more swell than I’d have preferred.  Five and six foot waves would crash upon the sand and that kept me on my toes in the dark.  So much that I worked only one rod while it was dark because I really didn’t want to chance having one crab snare drift over and cross the line of a second crab snare.  I sure hope next year’s opening season has a peak low tide at something more reasonable like 7 AM!

Well, I had only left my first casted snare in the water for about 7 minutes.  I pulled it in--no crab, but all the bait was gone, which was a perfect sign. Crab were out there--I just needed to be on the alert just a few minutes after the toss. Once it was established crab were out there, I would only wait about five minutes to check the rod. People always ask “how do you know when to start reeling in?” I tell them that you know right after the toss there’s no crab on the crab snare and you know by giving it a slight tug, how the crab snare moves easily.  When you have a crab on the crab snare trying to eat the bait, when you slightly tug on the snare, it now feels like there’s a stone on top. Now’s the time to pull in.

So with one quick motion, I heave upward my rod to the sky and at the same time begin to reel in the crab.  If it feels like I’m reeling in a small, underwater parachute, then I know a crab is on its way. It’s key to keep the right amount of constant tension on the line.  Let any slack into the line and the crab snare loops uncinch and bye, bye crab. You’re at a particularly vulnerable time when your crab is near a lip of a crashing wave.  Ease up slightly on your reeling speed (but not too much) so the wave can crash first. Then you can keep reeling in the crab behind the already crashed wave. And when the crab is on the sand, pay close attention that you’re not letting the crab bounce around as it might come unloose that way, as well.

My mother-in-law was always the person to whom I gave most of my catch.  She and I would stand next to each other during the preparation process. I would dispatch each crab in a quick, split-second, humane way (but a bit gruesome for print), and then she and I would both clean the crab parts.  Mother-in-law passed away earlier this year and we all miss her terribly. Fortunately, my wife paid attention to a lot of the preparation details (and an excellent cook in her own right), so she and I were able to take care of business.

A lot of Cantonese seafood use these three main ingredients--especially the steamed fish dishes.

Crab butter, guts, green stuff, whatever you want to call them, we steam the carapaces and their insides until fully cooked.  The cooked green internal organs gets dumped into a waiting soup of soft tofu cubes, chopped green onion and egg. It’s slightly bitter, but still crabby--a lot of complex flavors to be sure.  Soup can be a huge part of a traditional Cantonese meal and this one almost held its own against the star attraction of the actual crab.

A simple pan placed in a wok with water and then lid on top all work to create a very efficient steamer.

“Crab butter with tofu and egg” is probably not going into a Campbell’s can anytime soon.

Another characteristic of Cantonese soup is that it must be served very, very hot!

A full-sized Rock crab will have larger claws than your average-sized Dungeness and some of these Rock crab claws did not disappoint!

My plans are to go crab snaring a few more times before the end of the year.  Even though the season lasts until June 30th of next year, much of the keeper-sized crab are caught in the first couple of months into the season.  Get out there soon before those winter storms start coming in and messing with the ideal surf conditions we’re having right now! Why am I walking down a dark trail all alone at 3:00 AM?
Photo Credit: Jerry Back Bait and gear laid out the night before guarded by gnomes
Photo Credit: Jerry Back Just me, a bridge, and a couple of photographers
Photo Credit: Jerry Back We steam the open-faced carapaces with viscera
Photo Credit: Jerry Back And out of the steamer
Photo Credit: Jerry Back Soups on!
Photo Credit: Jerry Back A little bitter, but so mmm good
Photo Credit: Jerry Back Perhaps the biggest Rock crab claw I have ever eaten
Photo Credit: Jerry Back Looking down a couple of hundred feet at where I was
Photo Credit: Jerry Back