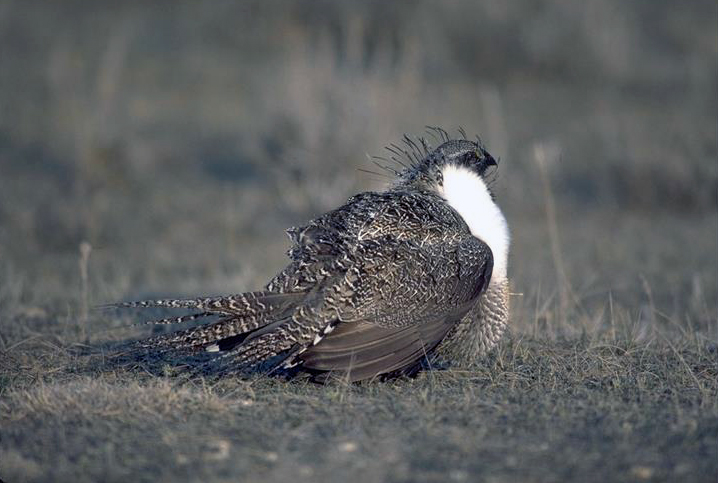 On June 21, the California Fish and Game Commission (Commission) voted unanimously to reduce sage-grouse hunting permits to zero for the 2017 season. The California Department of Fish and Wildlife (CDFW) recommended this action to the Commission based on spring lek (breeding ground) surveys that showed significantly fewer sage-grouse in all four hunting zones.

Although managed hunting, in and of itself, is not considered a risk to the species, five years of drought conditions, the large-scale Rush Fire of 2012 and heavy storms in winter 2016-17 have all contributed to habit loss and degradation of the sagebrush ecosystem. Scientists found that sage-grouse population counts have decreased between 47 percent and 62 percent in the four hunt zones over the last five years.

CDFW bases its population estimates on extensive scientific data collected in the field. However, heavy winter snow hampered biologists’ access to sage-grouse leks this spring, and some sage-grouse that were present in the survey area may not have been accounted for in the survey. CDFW thus took a precautionary approach in making its recommendation to the Commission.

The Western Association of Fish and Wildlife Agencies coordinates conservation efforts across the 11 western states and two Canadian provinces where sage-grouse live. Leaders from dozens of participating state and federal agencies meet quarterly to work toward achieving shared conservation goals.

In 2015, a proposal to list the sage-grouse under the federal Endangered Species Act was determined by the U.S. Fish and Wildlife Service to be not warranted, following review of stakeholder-developed conservation plans and amendments to federal land use plans throughout the species range, including California.