Get your Rod Bent on the Klamath 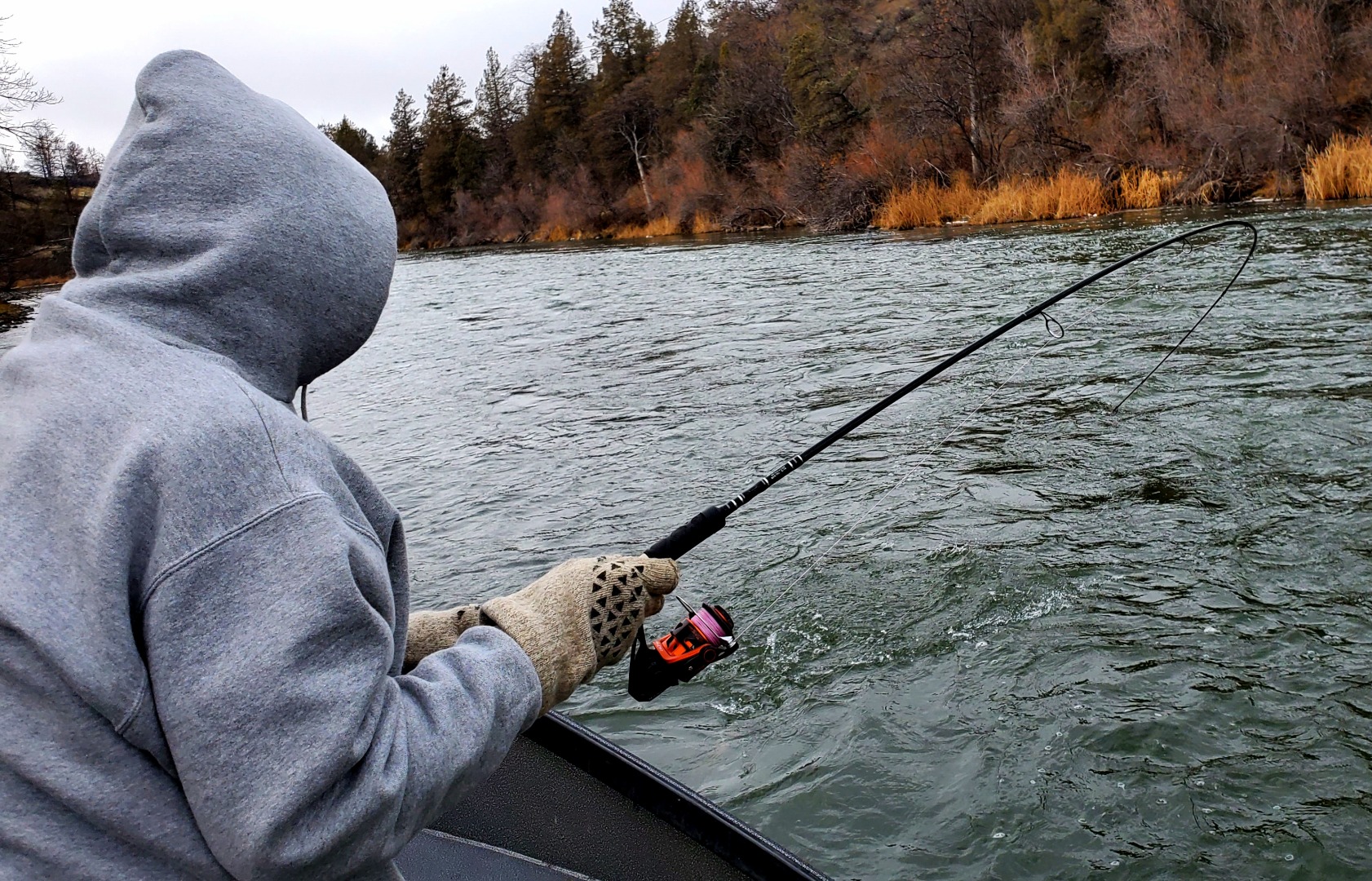 Always a good time with Al on the Klamath River, 2 days of awesome bent rod action, and beautiful blue Winter skies. Watch this 1 minute VIDEO from our time on river.

Those of you that follow me on social media (Facebook and Instagram) or NorCal.FishReports.com know that I have been been on the Klamath River since September fishing  for Salmon, Steelhead and Trout. It has been an amazing 5 months of fishing.

My clients and I have watched the Northern California countryside in and around Yreka, slowly change from Summer to Fall to Winter in spectacular fashion. Yes, we have had some cold wet ugly days. As many of you have seen in my photos, the weather here has often been comfortable, gorgeous, with blue sky backdrops.


Watching the hillsides around the river edges explode into gorgeous fall browns, reds, greens and oranges is a yearly favorite fishing backdrop. More recently my clients and I,  have woke up to the snow dusting the mountain tops. Now keep in mind this has been one of the mildest Winters. Yes, there have been mornings under 32 degrees, icy rod tips, and cold fishing hands. Most of these days, the temperatures, by mid to early afternoon,  rose to 40 even 50 degrees. Pretty crazy comfortable for this time of year. Normally, the weather in January is under 40 degrees, with snow covering the countryside and mountain tops.

With all this consistently good weather has been consistently good fishing. One thing the Klamath has always been known for is action. This past 5 months has been no exception. Many days have been double digit fish catching efforts. Even during a slow Salmon season,  we had some double digit efforts. Have there been been some slow days?  Yes, Salmon season had some slow single digit efforts, but the Steelhead and Trout action made those slow days much more enjoyable.

Steelhead and Trout action has been rock solid. We have been catching and releasing, hard fighting Klamath fish, in the 6 to 28 inch range, for the past 5 months. These fish have weighed between 3/4 pound and  8 pounds. Most trips fish are between 2 and 5 pounds. They are an absolute blast to catch, on all types of rod an reel and tackle.

Many of my trips in December and January, the fishing method of choice has been trolling bait or plugs and side drift casting rapalas. These methods often produce good action and numbers. We have also fly fished for Steelhead and Trout. We had some amazing days during the fall months of September, October and November. You often cannot out fish a bug and egg pattern under an indicator during that time. Twenty to thirty fish days were not uncommon. It is fun and anyone can do it.

I could go on and on, but I find it is always easier to simply have you readers checkout my past reports. These reports have tons of pictures and videos. They speak volumes. That old saying, "The worst day fishing is better than the best day working", certainly has applied to the last 5 months. With that said, time on the water with a best friend or family member is what it is all about.

International Sportsman Expo time starts next week at the Cal Expo in Sacramento Thursday 16th through Sunday 19th. I will be in my same booth 2111 building C. Come and see me.